Back to Blog Home

One of the questions I get asked the most is a combination question; “What causes autism and Why is autism on the rise?” Those are hard questions to answer. There are many different theories as to what causes autism and why it is increasing in such drastic numbers. I began in the field of applied behavior analysis in 1987, when autism was diagnosed in 1 out of 10,000 children. Today, in 2018, autism is diagnosed in one out of 59 children. Those are astounding statistics! Autism Prevalence. On April 26, 2018, the Centers for Disease Control and Prevention (CDC) released new data on the prevalence of autism in the United States. This surveillance study identified 1 in 59 children (1 in 37 boys and 1 in 151 girls) as having autism spectrum disorder (ASD). 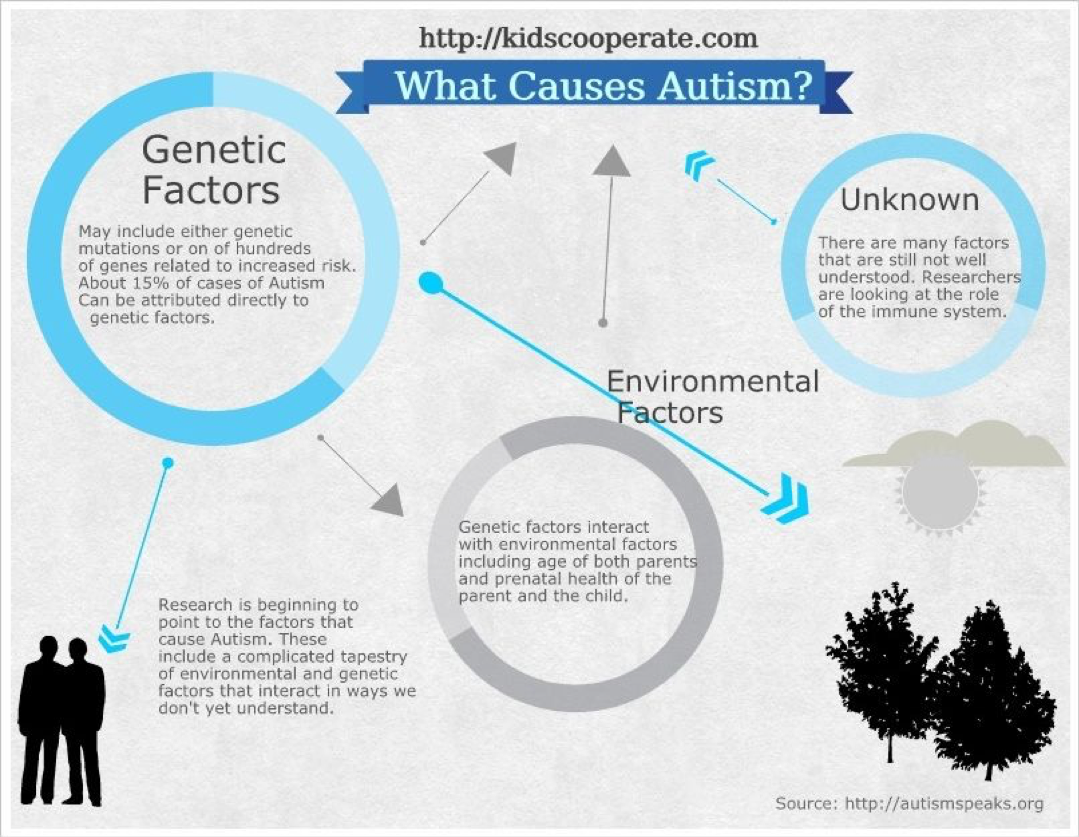 The truth is we still don’t know. Researchers today are not just looking into what causes autism, they want to know the reasons behind the rapidly increasing numbers of reported cases. Many people believe that there are things in our environment that cause autism, such as pesticides, however, there is no hard evidence to support it at this time. Many parents believe that the immunizations are to blame, however, again, there is no hard evidence to support this theory.

Many experts are saying that the rise may not be due to more kids being afflicted with autism, but rather more cases are being diagnosed. Today, autism is referred to as Autism Spectrum Disorder. This encompasses a greater range of symptoms, such as learning disabled, sensory processing disorder, speech and language delayed, etc. Asperger Syndrome used to have a different diagnoses code in the DSM 4, however, today it is lumped under Autism Spectrum Disorder. Asperger’s is typically diagnosed later, around age 6 or older, and are typically higher functioning than other individuals diagnosed on “the spectrum.”

Autism is a disorder of the brain. Researchers have discovered an absence of certain nerve cells in different parts of the brain including the prefrontal cortex, which assigns emotional states to others. Another impaired area is the amygdala, which allows for emotional learning, such as recalling the meaning behind a facial expression. Ultimately autism deprives children of a brain that can easily pull pieces of information together into a unified whole. Instead of seeing the big picture, they see the world as little parts. That may be why they cling to repetitive activities and rituals, as these may provide them with a sense of predictability and structure.

I do know one thing! Applied behavior analysis is a research-based approach to working with individuals on the autism spectrum. I have been using the methods of applied behavior analysis for 30 years and have seen the benefits and the proof that it works. It takes a team of dedicated staff, including the parents, and hours and years of hard work. Individuals on the autism spectrum can learn and they can be successful.

I truly hope that one day we will have a definitive answer as to what causes autism and what can we do to prevent it. Until then, be your child’s advocate, do your research, hire professionals who are proficient in the field of applied behavior analysis and are passionate about helping your child be the best they can be. Teach them, challenge them, enjoy and love them!

Generalizing ABA Skills Into Your Home »